It is December 1, 1795, and the Second Maroon War against the British, is about ending. The Maroons (from the Spanish word Cimarron meaning wild) or runaway slaves, are trapped into their hilly terrain of Cudjoe Town, Jamaica, against an advancing British Militia or redcoats. The fearless warriors, known for their tenacity and skill in warfare, are still in search of another victory, only this time it seems elusive.

There’s a call from the British Governor of Jamaica to surrender or perish. Having lost many brave warriors in the ongoing conflict, the Maroons have few options. Treaties have been broken and they were wary of entering into another one with the colonial power. A surrender appears to be the only way to halt the bloodshed, but when they choose that route, 550 Maroons found themselves a few months later in a strange and bitterly cold land, unlike the their tropical haven in Cudjoe Town. They were in Nova Scotia, Canada, known then as British North America.

This is the story of Kwabena Bene, one daring and young Maroon warrior, who refuses to call Nova Scotia his new home. How would this brave warrior lead his people to freedom in a land that was as harsh as its climate? The reality confronting Kwabena is the fact that the Maroons were marooned in Nova Scotia…

Be the first to review “Marooned in Nova Scotia” Cancel reply 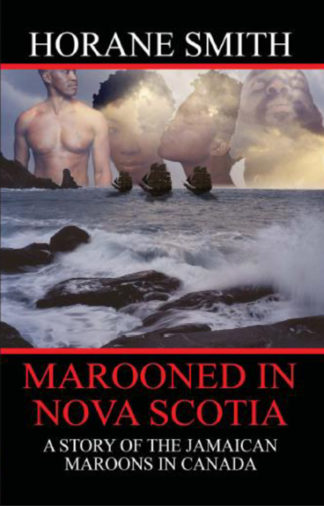 You're viewing: Marooned in Nova Scotia $26.99
Add to cart